If you think of an Irish storyteller, a seanchi, the first image that might come to mind is that of a grizzled man wearing a cloth cap sitting in a pub, a pipe in one hand and a pint in the other, regaling the lads with stories of banshees. What you probably wouldn’t imagine is a lithe and lovely, raven-haired lass with a pixie haircut and a twinkle in her blue eyes, but that is Helena Byrne and she is, indeed, a seanchi.


Byrne recently arrived in the States for a brief tour that brought her to at the behest of the university’s ’s , which is currently closed for renovations. Thus, Byrne found herself facing an eager audience, many of them with Irish heritage, at the on the York Hill Campus.


Before her performance, Byrne sat down to talk about the road that has brought her to Quinnipiac as a seanchi and her love of Irish mythology and folktales. It seems Byrne was bitten early by the “performing bug,” for as she notes on her web site, she has been performing since she was “knee high to a guitar.” She laughed and explained: “As a child I used to put little shows together and force my parents and my brother and sisters to sit down and watch a whole rigmarole, an hour of ‘entertainment.’ I’ve just been performing for as long as I can remember, always singing.”


However, it would take a while for Byrne to become a professional performer. Although she was always active in community events and sang in church, she went off to university to study philosophy and theology, “finding herself,” as it were, while performing “on the side,” but when she graduated she realized where her true love and passion rested and she began to pursue it but, as is the case for most young artists, success was not instantaneous.


“As you know,” she said, “Ireland has plenty of castles, many of them on the West Coast, where I played the ‘Lady of the Castle’ dressed in full gear – dress and head piece and everything – and I and other girls there would serve food to the guests and sing songs and do little dances.” 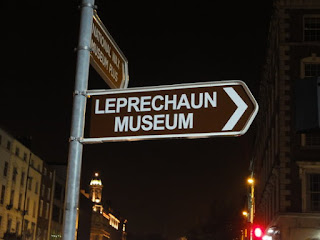 She continued to develop as a singer and an actor, but she became a storyteller by accident. As she explained, “I got a job working for the in , which is not one of my proudest moments. My position was storyteller/tour guide – a little bit of everything, basically just a tour guide who would tell a few stories about leprechauns. I realized that I loved the storytelling element, I loved that I could perform but it wasn’t so much acting because you could look into people’s eyes and actually see their reactions.”


The realization that she loved storytelling motivated her to learn more stories and research Irish folklore, and then she landed a job as a resident storyteller at The Brazen Head, a pub. “That’s essentially where I’ve honed my practice as a storyteller,” she said.

Though she had found one of her true loves, that didn’t mean she had narrowed her horizons. She founded the Break-Away Performance Company, “a production and theater company” that organizes concerts and staged readings with Irish actors of new plays by American and Irish writers as well as “innovative projects that involve using Skype for people to collaborate,” helping to develop an artistic connection between people in and .


She also uses Skype for her on-line “story-telling lessons.” This came about after people came up to her and told her that they would love to do what she was doing but they either didn’t know how to develop a story or they would never have the courage to perform. Thus, she created an on-line program that allows her to work individually with students, mostly Americans, forming the “curriculum” based on what the students wants to achieve, be it forming a story or developing a style of storytelling.


When asked what “makes” a good storyteller, Byrne eagerly responded: “First of all, finding a story that suits you, that suits your character and that you feel engaged in yourself. It’s very difficult to tell a story with any great passion if you’re really not connected to the story yourself. Find something that you really enjoy telling and that will come out in your eyes and your physicality. Just being able to create a picture in people’s imaginations, that’s what you’re really doing. You’re not re-enacting a story, you’re not acting out something, you’re the medium between the story and the audience’s imagination.”


Much to Byrne’s surprise, when she posted on Face Book that she was searching for stories, her cousin contacted her and suggested that she speak with her uncle, for it turns out that Byrne’s grandfather had been a storyteller, something she was unaware of. She met with her uncle and, over tea, heard many of the stories her grandfather had told, including one she would share with her audience at Quinnipiac about her grandfather experiencing the passing of a fairy death coach. 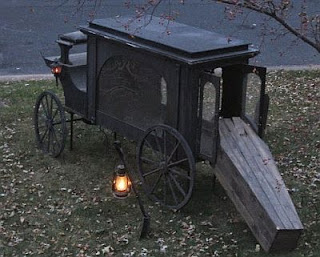 As Byrne explained, in Irish society in the eighteenth and nineteenth centuries, the seanchi was more than just a storyteller. These people would travel from village to village and not only relate stories but also bring news of what was happening in other parts of the country – births and deaths, politics and perhaps a bit of gossip. They were as much oral journalists as storytellers, and the stories they told performed many functions, for the fairies they spoke about were not Disney-fied, fluttering creatures with magic wands in their hands but a race that was integral to life in , a real presence that was to be both feared and respected. One simply did not want to upset or insult the fairies, for if one did dire consequences would follow.


This would be one of the main points she would make to those at Quinnipiac who had come to hear her. After a brief overview of the Great Famine and the central position of the lowly potato in the diet of the common folk of , she segued into a discussion of the fairies and belief in the “Other World” that was common in (when the sun set in this world it would rise in the “other world”). She explained that there were (or perhaps still are) two types of fairies – the “trooping fairies” – those who looked essentially human and would, on Samhain (Halloween) move en masse from summer to winter quarters-- and the solitary fairies, including the leprechaun, the banshee and the pooka.
Emphasizing that belief in these fairies was real, and that such belief gave a somewhat skewed yet psychologically comforting aspect to the life of those who did not feel they were in control of their lives, Byrne told several stories that dealt with one or another aspect of fairy-dom, but, as she had explained earlier in the interview, the true storyteller must find a story that resonates, and although her initial stories were engaging and her background information informative, it wasn’t until, near the end of her performance, that the audience became totally mesmerized, for the last, long story Byrne told was about two hunchbacks, Brian and Art, the former a good-hearted soul and the latter a mean and greedy man -- both would have an encounter with the trooping fairies on Samhain.


In the telling of this story, Byrne shifted into true storytelling mode, and the effect was impressive – it was as if she had become possessed by the story or, as she had explained earlier in the interview, become the medium between the story and the audience. As she wove her tale, you could sense many people of advanced years shedding their age and again becoming wide-eyed children as they listened to what happened to Brian and Art -- they were all there with these two hunchbacks, watching the fairies dance around the fairy tree or standing before the Fairy King as he rendered his judgment on Brian’s and Art’s actions, and issuing a collective sigh of relief and satisfaction as Byrne ended her story and they returned from that dark, fairy-filled night in Ireland to a meeting room in Quinnipiac.
At the end of the evening, Byrne told a brief story about a modern female seanchi who was being interviewed for an article. The interviewer finally asked her if she truly believed in the tales she told, if she believed in the fairies. After considering her answer, the woman said: “I don’t – but they’re there anyway.” Byrne had been asked essentially the same question during the interview and she, too, had paused to consider her answer. Her response was to tell a story: “Irish people have a very funny relation with the fairies because today’s generation will start off being quite dismissive and say, ‘Ah, that’s in the past,’ but you start telling these stories and it reawakens their childhood, because they remember hearing these stories as children. A man in his 30s came up to me at the end of a show and said, ‘I know it’s all kind of rubbish but…my brother has heard the banshee three times.’ So, it’s a very peculiar relationship the Irish have with the fairies these days.”

And, of course, Byrne is Irish.