A Murder In Mystic 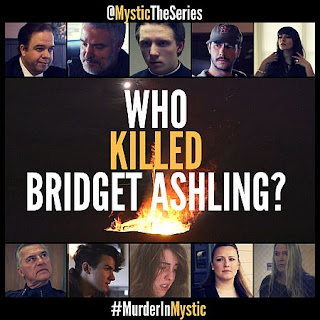 You order up Netflix or Amazon Prime, to name just two, and there are first-run films plus series that have been produced independently. You click on what entices you and binge, giving little thought to how these series – Bloodline, The Fall, War Machine, Stranger Things --  have gotten to see the light of day (or evening). However, getting a series produced is an arduous process, one without specific rules or guidelines. What’s common, however, is what’s called “The elevator pitch,” a terse encapsulation of the series’ essence as the clock is ticking: “You know, it’s enigmatic, like Twin Peaks, but it’s got funky characters and it’s Gilmore Girls hip.” In other words, the process is a roll of the dice.


Currently shaking the dice are Frank Durant, writer and director of Mystic, and John Logan, its producer, both of whom appear in the series’ pilot. Filmed digitally in and around Mystic, , the pilot recently got a showing at The Jealous Monk, a “Social Hall and ” nested in “.” Before the pilot was screened, Durant and Logan, who have chosen the Jealous Monk as their watering hole (“We came here every night after filming,” Durant commented), sat down to talk about their hopes for the series and the process of bringing the concept to life.


The two met when they were both working at Shotgun Media (Logan as an intern), a production company that specializes in infomercials. has just graduated from college – – majoring in entrepreneurship, but he has been performing magic since he was 10 years old, and this got him the job of “team magician” for the New England Patriots (he had nothing to do with deflate-gate). Team magician? Yup. Just Google the New England Patriots – Magic Moments – and you’ll see segments like “Matt Lengel Eats Santa’s Cookies” (no kidding).


Durant, the senior of the two, is a veteran actor with a () accent. In 2014 he was working on Woody Allen’s “Irrational Man” – “Three months of me hanging around the set, drinking coffee and being a good stand-in” – He explained that the film has to do with a Dostoevskian-style murder. Then Durant produced a documentary about Whodunnit, the TV Clue game, which was shot in . “So I had murder on my mind for the last few years,” Durant said. 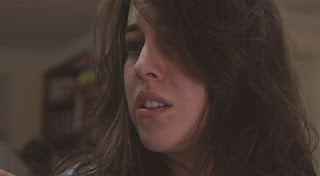 So, why Mystic as a setting for skullduggery? Durant explained that he had been coming to Mystic since he was a child, and his wife’s family, Bostonians, have also frequently visited the historic town. “So I’ve always had a passion for doing something here because Mystic is a very special location.” He added: “There’s a mystery about this place.” So, the idea came to him, why not create a “Twin Peaks-style” murder mystery set in Mystic, perhaps not as idiosyncratic as the David Lynch televisions series but still enigmatic.


Durant began with characters. “You take a bunch of characters and put them in a room,” Durant said, “and the story will out.” So, he started with, among others, a sheriff, a priest, several hookers, a town councilman, a local fisherman and, of course, a murder victim, one Bridget Ashling, who leaves behind a sister and a daughter, the potpourri flavored by more than a touch of “Irish mafia” mindset. “The plot came out,” Durant said, “as the characters grew within the story.” Subsequently he wrote 30 episodes, 10 per season. 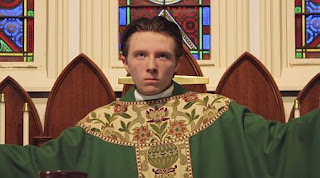 Durant had some contacts with the New York Pilot Festival. They advised him that scripts were all fine and good, but there are a ton of scripts floating around, so could he “get some money together and produce a pilot,” and that’s exactly what he did. It was shot in three days, low budget, with a lot of local talent, but Durant is proud that he wore multiple hats during the shoot and that it was professionally handled. There were glitches, but they were dealt with.


Durant is no artiste (although he may aspire to be) driven by art for art’s sake. He knows that “Mystic” has to be marketable, it has to hold an audience that, more and more, is distracted and surfeited. How you go about doing that is often a mystery in itself, for the viewing public is fickle and unpredictable. If anyone knew for sure what would always “work” they’d be a zillionaire.


One thing that will always keep people coming back is the “cliffhanger” close to an episode, creating an “I gotta know what’s going to happen next” need. That has to do with the writing. As Durant explained, often you have the episode’s ending before you have its beginning and the writer’s job is to fill in the blanks. 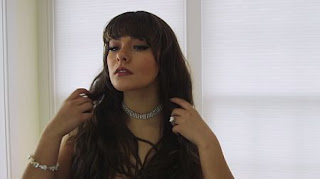 commented: “People like to watch shows because of the good writing, everything’s all connected. In the pilot episode you have character A and character B, lots of characters, but when Frank told me how they all connected I thought, ‘How clever.’ When you finish watching the series you realize everything you’ve seen, everything that happened happened for a reason.”


Another aspect of the genre Durant and Logan are working in is that there have to be multiple suspects, and in the case of “Mystic,” just about everyone could have killed Bridget Ashling. In fact, there are only two people who, right now, know the identity of the murderer: Durant and Long. The cast of the pilot did not know.


Durant has nothing but praise and gratitude for the support he’s received from Mystic – from the civil authorities (especially the police and fire departments) to the local residents. If the show gets a “green light’ he will be back, perhaps with a different cast but shooting in the same locations.


Watching the pilot is like opening a jigsaw puzzle box and staring at all of the pieces. You know they must connect in some way and that they will eventually form a complete, picture. With the puzzle, you have the picture on the box cover to confirm that there is, in fact, a solution. Such is not the case with the “Mystic” pilot; you have to trust that the disparate pieces you see will eventually fit together to form a coherent whole, which is the essence of the mystery genre. In the meantime, if the show is well-written, you simply sit back and enjoy the characters.
Posted by Geary Danihy at 12:31 PM