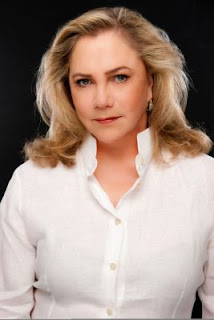 Kathleen Turner, star of stage and screen, returns to Long Wharf to direct and star in "The Killing of Sister George," which opens Nov. 28 and runs through Dec. 23 on Long Wharf's newly renovated Claire Tow Stage.

The play: By day, June Buckridge (Turner) plays Sister George, tending to the sick and poor on the radio hit "Applehurst." By night, she chews on cigars, swills gin and lets nothing stand in her way, including her long-suffering secretary Childie (Clea Alsip). When "Applehurst"'s ratings tumble, the good Sister is axed, but Buckridge refuses to go quietly. Betsy Aidem and Olga Merediz also star.

"Breaking Up..." at Ivoryton 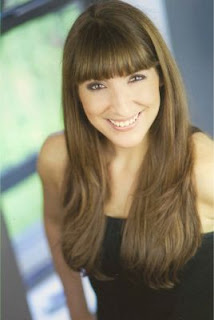 Leah Monzillo stars in "Breaking Up..."

"Breaking Up is Hard to Do," a tribute to Neil Sedaka, opens at the Ivoryton Playhouse on Sept. 26 and runs through Oct. 14.

The revue is set at a Catskills resort in 1960, where Lois brings her best friend Marge to help her recover from being jilted. Will she fall in love with crooner heartthrob Del DelMonaco, or will the geeky cabana boy Gabe win her heart, and how will Borscht Belt comedian Harvey finally deal with his secret love, Esther? Answers will be found in some of Sedaka's most famous songs.


"Seussical: The Musical" at DCT

Many of Dr. Seuss's belove4d characters -- Horton the Elephant, Gertrude McFuzz, Lazy Mayzie and Jojo -- come to vivid like in this delightful musical penned by Tony winners Lynn Ahrens and Stephen Flaherty. Travel from the Jungle of Nool, to the Circus McGurkus and the world of the Whos.


"Lend Me a Tenor" Opens in Goshen

Opening its 65th season, the Goshen Players presents "Lend Me a Tenor," a delightful farce that opens Oct 5 and runs through Oct. 20. The play focuses on a Cleveland Opera Company fund-raiser that goes comically awry when the lead in "Otello," self-described as "Il Stupendo," gets slipped a mickey and his assistant is coerced into taking on the role...but Il Stupendo wakes up...and enters stage right. Desdemona is, if nothing else, nonplussed -- will she have to be killed twice?


Dracula Dances at the Palace

The Woodbury Ballet Theatre presents "Dracula" at the Palace Theater in Waterbury on Saturday, Oct. 20. at 8m p.m. Based on Bram Stoker's classic novel, the ballet captures the essence of the chilling story, reflecting the age-old theme of good and eveil while capturing Dracula's innate, if perverse, romantic side. Thus, "goodness," and its loss, as strange as it may seem, is the choreographic thread that runs through the piece.

There will be a post-show champagne reception and fund-raiser.

Suffield Players to Offer "Regrets Only 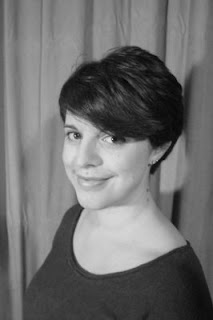 Jen Rawlings stars in "Regrets Only"

The Suffield Players are offering Paul Rudnik's "Regrets Only" as its 60th anniversay fall production. The play is a fizzy comedy about Manhattan manners and mores, focusing on Tibby, a Manhattan socialite who seems to have it all: a best-friend fashion designer, a high-powered lawyer for a husband, and a daughter who's caught the "perfect" man. But life tosses in some lemons, and Tibby has to figure out how to make lemonade. The play runs Oct. 11 - 27. 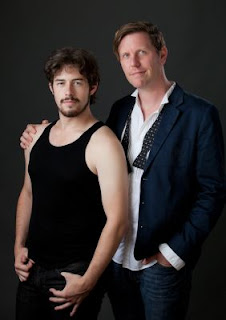 The play, which was nominated for a Tony in 2007, is about Hollywood's dirtiest secrets. There's a screen idol in the closet, an ambitious male prostitue and his naive girlfriend, and a brash female Hollywood agent. The show runs through Oct. 13.

For tickets go to www.pantochino.com

The play, directed by Joseph Hanreddy, presents a theatrically inventive mash-up of contemporary American life and the history that got us to this politically polarized age. "O Beautiful" focuses on high school students and there teachers and parents floundering in a world of personal problems and ideological rhetoric. To help make sense of it all, the contemporary folks are visited by, among others, Jesus, St. Paul, Joan of Arc, John Adams, Patrick Henry and Benjamin Franklin.


"The Ballad of Juan Jose" Opens at Yale Rep

The play: As Juan Jose studies for his U.S. citizenship exam, his obsession to pass sends him on a fantastical odyssey through U.S. history, guided by a handful of unsung citizens who made courageous decisions in some of the country's toughest times. The play, under the direction of Shana Cooper, opens Sept. 21 and runs through Oct. 13 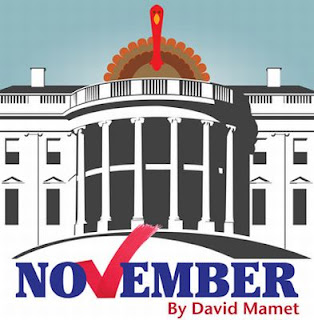 The play unfolds just before a national election with incumbent President Charles Smith fighting for his corrupt political life. Possible obsracles to reelection include a lesbian speechwriter who wants to marry her sweetheart on national television, a cynical chief of staff, turkeys waiting to be pardoned, and an American Indian lobbyist who wants to turn Nantucket into a gambling resort. It's politcally incorrect comedy at its funniest.