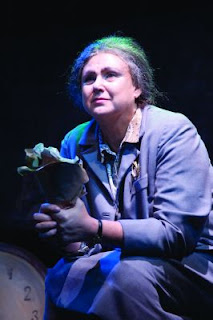 
William Gibson's "Golda's Balcony" will open at Playhouse on Park May 18th and will run through June 3.
The play tells the story of Golda Meir, who rose from an impoverished childhood in Russia to become the prime minister of Israel. The one-woman show is directed by Terence Lamude. 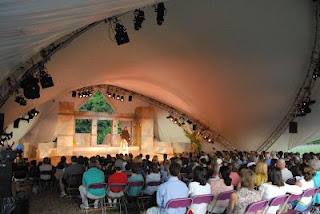 Summer Theatre of New Canaan, located in Waveny Park, has announced its 2012 season. "My Fair Lady" will be the opener on the main stage, running from June 15 through July 7. Following this Lerner and Loewe classic, STONC will offer Andrew Lloyd Weber and Tim Rice's "Joseph and the Amazing Technicolor Dreamcoat" (July 14 - Aug.5)

STONC's Theatre for Young Audiences will be presenting "The Wizaed of Oz (June 17 - Aug 4) followed by "Pinkalicious, The Musical" (July 7 - Aug 5)

Long Wharf has assembled an impressive collection of plays for its 48th season, starting off with the world premiere of Terry Teachout's "Satchmo at the Waldorf," a one-man play which has Louis Armstrong looking back on his career and his relationship with his manager, Joe Glaser. This will be followed by Yasmina Reza's "God of Carnage, a Tony Award-winning play that focuses on yuppie parents behaving badly.

In February, Judith Ivey will return to Long Wharf in Sam Shepherd's "Curse of the Starving Class," an OBIE Award-winner that is part of Shepherd's family play trilogy. This will be followed by William Mastrosimone"s "Ride the Tiger," which deals with the events leading up to the election of John F. Kennedy as president. The season wraps up with "Clybourne Park" by Bruce Norris, a riff on Lorraine Hansberry's "A Raisin in the Sun" in which Norris considers the white community's reaction to the Younger family's move into Clybourne Park.

For tickets, go to www.longwharf.org


A Star-Studded Summer Season at CRT 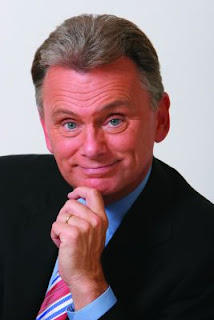 Casting is the thing this summer at the Connecticut Repertory Theatre, located on UCONN's Storrs campus.

The summer seaon will open with a production of "Man of La Mancha," featuring Terrence Mann, who originated the roles of Rum Tum Tugger in "Cats," Javert in "Les Miserables," and the Beast in "Beauty and the Beast. The show will run from June 7 through the 16th.

On the Don's heels will be a production of Neil Simon's "The Odd Couple," with Pat Sajak and Joe Moore, who will be bickering from June 21 through July 7.

Steve Hayes returns to CRT as the Modern Major General in Gilbert and Sullivan's "The Pirates of Penzance," which runs from July 12 through July 22.

The final offering in the Windham Theatre Guild's 2011-2012 season is Noel Coward's "Blithe Spirit," which will open on May 18 at the Burton Leavitt Theatre. Directed by Victor Funderburk, the play is about a novelist and man-about-town who invites an eccentric medium to his home for a reading, with hilarious results.