Holiday Treats and a New Season

TriArts Sharon Playhouse has just announced its 2013 season. Leading off will be "Spamalot," the musical take-off on "Monty Python and the Holy Grail," with flying cows, killer rabbits and a lot of nasty French people. The show will run June 26 - July 7.

"They're Playing Our Song," the Marvin Hamlisch-penned musical, follows. It's a lighthearted look at an established composer's relationship with an aspiring female lyricist. July 19 - 28. Another Broadway classic, "Damn Yankees," is next up. Running Aug. 14 - 25, the musical tells the tale of a man who sells his soul to the Devil just so he can win the pennant against the Yankees.

Along with its three mainstage musicals, TriArts will offer two plays presented in the Bok Gallery: "Doubt" and "Next Thing You Know." Finally, TriArts popular musical revue, "The Way You Wear Your Hat: The Music of George Gershwin" will grace the mainstage in June.

Goodspeed's 8th annual Festival of New Artists kicks off its three-day program on Friday, Jan. 18, at the Goodspeed Opera House with a staged reading of "Nine Wives." On Saturday, Jan. 19, the rocking new musical "Come From Away" debuts. On the final day, the unconventional tale "Princesses: a new rock musical" will be presented.

"Nine Wives" tells the tale of Henry, a bachelor who has been invited to the wedding of the woman he loves. Can he find a date to show the world that he has moved on?

"Princess: a new rock musical" has four princesses escape their castle only to shock the fairy tale world with their unconventionality.

There are various special events in addition to the three main presentations, and various packages. For tickets or more information call 860-873-8668 or go to www.goodspeed.org.


"Beauty and the Beast" at DCT Children's Theatre 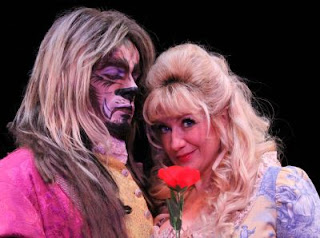 
Downtown Cabaret Children's Theatre is offering a modern, hilarious and touching adaptation of the classic "Beauty and the Beast," written and directed by Cabaret veteran Maria Vee. It's the standard story, with some twists -- Beauty -- call her "B" -- doesn't read, she rents DVDs from Redbox, and when, to save her father, she enters the beast's castle, it's like entering some sci-fi or animated movie. The disparate pair bond over their favorite movies...but, will love triumph?

"Dixie's Tupperware Party" at the Palace 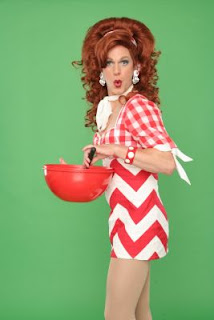 
Dixie Longate is a fast-talking, Southern Tupperware Lady who packed up her catalogues, left her three children in an Alabama trailer park, and set out across the country to sell her wonderful plastic products. You can come to one of her parties at The Plaace in Waterbury from Jan 15 - 20 to enjoy some funny tales, free giveaways, audience participation and a fabulous assortment of Tupperware, put to standard and non-standard uses.


"Cinderella" Panto at the Sherman Playhouse 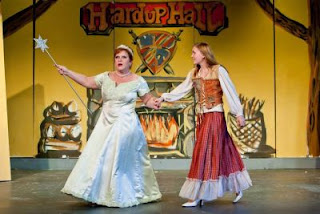 
For its holiday offering, the Sherman Playhouse is presenting "Cinderella," in a Panto (British Pantomime), a delightful blend of the fairy-tale classic mixed with vauldeville and slapstick, with contemporary references and lots of audience participation -- it's raucous, noisy and totally fun.


Just in time for the holidays, Bridgeport's Downtown Cabaret Children's Theatre is offering "Rudolph and the Reindeer Games" on weekends from Nov. 10 through Dec. 30.

In the 73rd annual Reindeer Games, Santa's team includes a new contestant, Rudy, who must vie for the championship with Donner while trying to win the heart of Dancer. Complications arise when a pending blizzard poses the threat of Santa having to cancel Christmas. Can Rudy find the courage to win the games and Dancer's heart plus save Christmas?