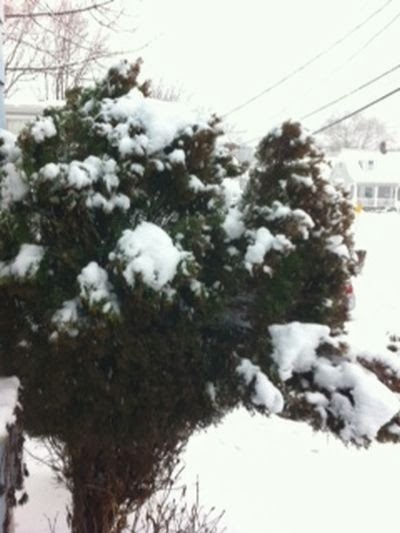 It's just one of those unexpected, special days. I knew there was a chance of snow, but not that it would shut things down. The college is closed, a tutorial I had scheduled has been cancelled. Yes, it's a SNOW DAY!

There's nothing else (as far as I know) that brings out the child in us than the legitimate, undeniable release from commitments -- free to do what you want for 24 or so hours. And the silence...the snow has muffled everything; the house is a womb....

There is heat, there is food, there is music, there is a fireplace with a fire snapping and crackling (no, there's no one to share it with -- that would make it perfection -- but that's another story -- actually, several stories, one sad, one confusing).

A great sense of peace flutters down with the white flakes -- I know there are those who have had to fight their way into work and who will fight their way home -- I feel for them. I have done the same many times. But there's a sense, egoistic though it may be, that I have earned this day, that it is a reward for fighting the good fight, for being a trooper.

I think I'll watch a Fred Astaire/Ginger Rogers movie. Oh, yes, I'm puttin' on my top hat, tyin' up my white tie, brushin' off my tails.