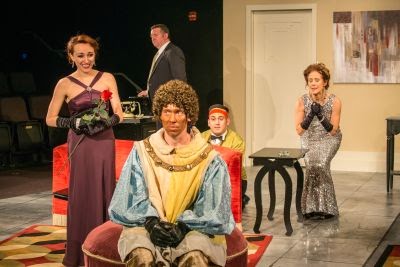 
Up in , Playhouse on Park has opted to keep the silliness rolling. Following on the heels of its production of the delightful “Hound of the Baskerville’s” comes Ken Ludwig’s zany “Lend Me a Tenor,” directed by Jerry Winters. Although slightly less madcap than the “Hound,” “Tenor” has enough door-slamming and mistaken identities to please most fans of farce.

The play is set in in 1934, where impresario Henry Saunders (Mike Boland) and his assistant, Max (Jeff Gonzalez) anxiously await the arrival or world-renowned tenor Tito Merelli (Robert Wilder), known as “Il Stupendo” to his adoring fans, a sobriquet to which he fully subscribes. Merelli is scheduled to sing the lead role in Verdi’s “Otello” to a sell-out crowd at the Cleveland Grand Opera Company. Also awaiting Il Stupendo’s arrival is Saunders’ star-struck daughter Maggie (Lilly Wilton), an equally eager Bellhop (Corrado Alicata), the opera company’s conniving diva Diana (Katie Vincent) and Saunders wife, Julia (Donna Schilke). When Merelli finally arrives with his hot-tempered wife Maria (Ashley Ford), Max is assigned to shepherd Merelli, meet his every need, and get him to the opera house on time. 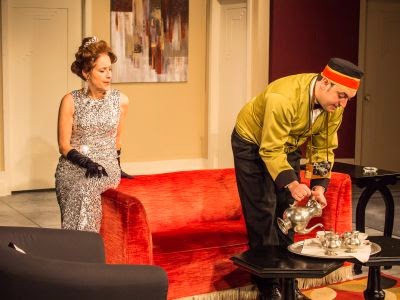 What follows are a series of misunderstandings, a faux suicide, two tenors running around dressed as Othello, and various assignations that, among other things, leave the Moor’s dark make-up smeared on the faces of both Maggie and Diana. The set, by Christopher Hoyt, provides four doors that the cast gleefully slams (often in sync) throughout the evening. 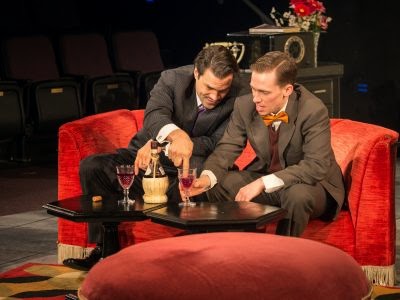 The first act drags a bit as all of this is set up, then kicks into gear with Merelli’s arrival. As long as Wilde is on stage (fortunately he is seldom off) there is a heightened energy that falls away whenever he exits. Such is the case with the second act – things don’t really start moving again until Merelli stumbles into the hotel room after being chased by the police. Some of Merelli’s best moments are when he attempts to kill himself with a fork and the scenes with Maggie and Diana, which are loaded with double-entendres. 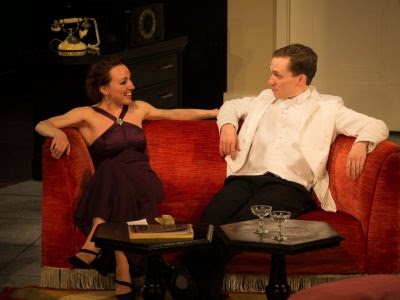 This falling off of energy is in no way due to the rest of the cast, which is uniformly in sync with the requirements of farce, but rather because, as written by Ludwig, the role of Il Stupendo simply dominates, with the rest of the characters in his shadow. Given that, the overshadowing still allows the cast members to create a lot of hilariously shining moments. 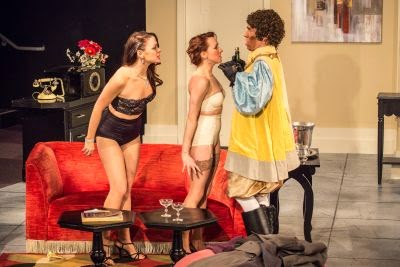 Boland knows how to bluster and babble, and is capable of both the slow and not-so-slow boil. His Saunders is suitably manic as he forges ahead with a show-must-go-on attitude. Playing against him with a nicely matched and complementary reserve is Gonzalez, whose best moments are when his character is a foil for either Saunders or Merelli. As the tenor’s wife, Ford is delightfully high-strung and deliciously jealous, while Vincent’s Diana is sensuous and devious in equal measures. When called upon, both Schilke and Alicata add to the merry confusion as there characters seek the attention of the world-renowned tenor. 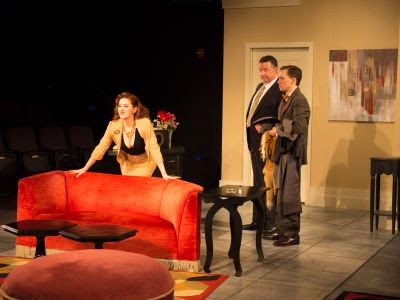 Of all the cast members in Il Stupendo’s shadow, Wilton as Maggie shines the brightest, for she gives us a young lady who is both naïve and romantically adventurous – bright, perky and totally believable.

Director Winters has his actors in perpetual motion, as is fitting for a farce. They pop up everywhere, through the doors and from the wings, creating a kaleidoscope of movement that adds to the fun. In all, “Lend Me a Tenor” is a quite enjoyable production, with enough laughs to fill its two-plus hours.