A Host of Openings


"Harbor," a new comedy by Chad Beguelin, will premiere at the Westport Country Playhouse on Aug. 28 and will run through Sept. 15.

Ted and Kevin have been together for 10 years, living in unwedded bliss in their house in Sag Harbor. Their idyllic life is challenged when Kevin's sister, Donna, and her daughter, arrive unexpectedly. What follows is a humorous study of the bonds between kith and kin and the ever-shifting definition of 'family."

For tickets or more information call 203-227-4177 or go to www.westportcountryplayhouse.org.

"The Retreat from Moscow" at Town Players of Newton 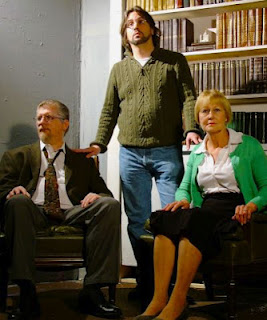 
"The Retreat From Moscow," written by William Nichols, opens Sept. 7 at Town Players of Newtown.

The play deals with the end of a three-decade marriage and the emotional fallout that changes the lives of everyone touched by it. Rob Pawlikowski plays the emotionally repressed Edward, a husband more interested in Napoleon's retrest from Moscow and crossword puzzles than in his wife, Alice (Laurel Lettieri), who collects love poems. Their son, Jamie (Ward Whipple) is caught in the middle of his parent's dysfunctional marriage. The show runs through Sept. 29. 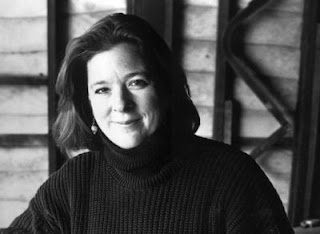 
Connecticut Repertory Theatre's upcoming season will open with "O Beautiful," by playwright Theresa Rebeck. The play deals with the lives of high school students, teachers and their families as they cope in a world of real personal problems and extremist ideological rhetoric that gets so heated that Jesus, St. Paul, Joan of Arc, John Adams, Patrick Henry and Benjamin Franklin, among others, show up to weigh in and mix it up. The show runs from Oct 4 to Oct 14.

Next up is Shakespeare's "Romeo & Juliet," which will run from Nov. 30 through Dec. 9. On the heels of the star-crossed lovers is another pair of lovers, more aptly described as sword-crossed. "His Girl Friday," adapted by John Guare from "The Front Page," is the story of ace reporter Hildy Johnson trying to say adieu to the cronies who cover Chicago's Criminal Courts Building and her Ex, Walter Burns, doing everything in his power to stop her. The show runs from Feb. 28 - March 10.

Spring brings "Hairspray" to the boards at CRT. The story of size-challenged Tracy Turnblad's quest to get a spot on the Corny Collins Show and along the way integrate Baltimore television. The show runs April 25 through May 5.


"The Mystery of Edwin Drood," which features the audience helping to solve the crime (and thereby influencing the ending of the musical) will open at the Broad Brook Opera House on Sept. 7 and run through Sept. 23.

The musical is a tongue-in-cheek take on the unfinished Dickens' novel with a musical troupe deciding to reenact the novel and play it for laughs. How does it all end? Only the audience knows.

For tickets or more information call 860-292-6068 or go to www.operahouseplayers.org.

The Sherman Playhouse Offers Steinbeck's "Of Mice and Men"


"Of Mice and Men" will open on Sept. 14 at The Sherman Playhouse and run trhough Oct. 6. The play follows the adventures of George and Lennie, two itinerant farm hands who dream of one day owning a small farm of their own. They travel the Depression-plagued landscape looking for work and trying to stay ahead of the law, for Lennie is mentally challenged and doesn't know his own strength. George protects him, until he is faced with an awful choice.

For tickets or more information call 860-354-3622 or go to www.shermanplayers.org

[title of show] To Open at Spirit of Broadway

[title of show], with music and lyrics by Jeff Bowen and book by Hunter Bell, will open at The Spirit of Boradway in Norwich on Aug. 29 and run through Sept. 30. The musical deals with two struggling writers who have three weeks to come up with a musical for a musical theater festival. Along with several friends, the duo proceed to work their way through the creative process. The show is a love letter to American musical theater. For tickets or more information call 860-886-2378.


Ibsen's "Hedda Gabler" has been chosen to open Hartford Stage's 49th season. The play, about an uncompromising woman trapped in a compromised world, opens Aug. 30 and runs through Sept.23

Gabler will be played by Roxanne Hope, who starred in Broadwqay's "Frost/Nixon." John Patrick Hayden will play George and Sam Redford will take on the role of Eilert Lovborg. Jennifer Tarver directs.

For tickets or more information about special events call 860-527-5151 or go to www.hartfordstage.org.