Another Opening, Another Show 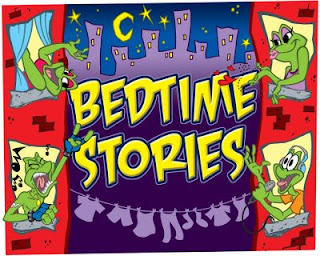 The Windham Theatre Guild kicks off its fall 2012 season with "Bedtime Stories," written by Norm Foster and directed by Michele Abbazia Gagne. The play, which opens Sept 14 at the Burton Leavitt Theater, consists of six vignettes -- all connected by time, place, and an unusual radio broadcast -- dealing with people trying to find the meaning of love, which means the show is for mature audiences ( kids already know the real meaning of love).

The show runs through Sept. 24. For tickets or more information call 860-423-2245 or go to www.windhamtheatreguild.org. 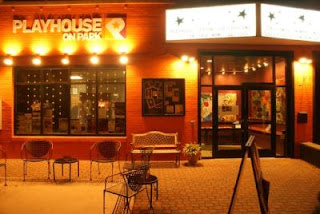 The intimate theater in West Hartford opens its fourth season with "Of Mice and Men," by John Steinbeck, which details the struggles of two drifters during the Great Depression The show runs from Oct 10 through the 28th.

"Driving Miss Daisy" follows. An intimate portrait of an aging Sourhtern Jewish lady and the black man who is hired as her chauffeur, the play is a gentle, humorous, insighful study on againg and the nature of friendship. The play runs Dec. 5 through Dec. 23.

Staying Down South, sort of, PoP's third offering is "Moonlight and Magnolias," which opens Jan. 23 and runs through Feb. 10. The farcical show details the efforts of three Hollywood big-wigs, each sporting an enormous ego, trying to bring "Gone With the Wind" to the silver screen.

Staying with Hollywood, sort of, PoP turns to a Woody Allen classic, "Play It Again, Sam," which has a recently divorced nebbish trying to fall in love again, with the help of Bogie. The show runs March 6 thru 24 (probably worth the price of admission just to see who PoP casts as Bogart).

Rounding out the season, from June 12 through July 21, PoP will stage "Cabaret," which they sincerely wish you will come to. Based on stories by Christopher Isherwood, the musical focuses on the Berlin demi-monde of the inter-war years and a particular chanteuse named Sally Bowles. MTC Mainstage created a marvellous "Cabaret" several years ago in an even more intimate setting -- it will be interesting to see what PoP does with the material.

It's the Goshen Players 65th Season


The Ivoryton Playhouse just turned 100, and now the Goshen Players are celebrating their 65th season. To kick off the anniversary year, they are offering a delighful, door-slamming farce: "Lend me a Tenor," which runs Oct. 5 - 20. The play focuses on a Cleveland Opera Company fund-raiser that goes comically awry when the lead in "Otello," self-described as "Il Stupendo," gets slipped a mickey and his assistant is coerced into taking on the role...but Il Stupendo wakes up...and enters stage right. Desdemona is, if nothing else, nonplussed -- will she have to be killed twice?

The farce is followed by an allegory -- George Orwell's "Animal Farm," in which idealism soon turns into despotism -- a biting commentary on a theory that, when turned into reality, destroys the lives of millions...because all animals are equal, but some animals are more equal than others. Nov. 16 - 18

To take the edge off, the sesaon follows with "Much Ado About Love," Feb 8 - 9, a musical Valentine to those who are in love and those who want to be in love -- candle-lit tables and cabaret seating.

Providing something for the kids, the Goshen Players next offers "Rumple Who?" a skewed take on the classic fairy tale that has Rumple...well, you know...offering to teach a Queen how to dance. But what is he really up to, and will the royal family learn his name in time to avert disaster? Two performances daily, 1 p.m. and 4 p.m., March 2 - 10.

Wrapping up the season, we have a plant that demands to be fed, in no uncertain terms. It's "Little Shop of Horrors," which runs April 19 - May 4. Suddenly Seymour is in possession of a weird plant, a plant that craves blood and is willing to fulfill all of Seymour's wishes if only...well, the blood has to be fresh...and the search is on for who might be the most approrpiate plant food.