The Westport Country Playhouse held a sneak preview of its upcoming season on Thursday, March 19, at the Playhouse. The venue’s current tag line is: “Theater Worth Talking About,” and that is what Mark Lamos, the Playhouse’s artistic director, and several guests did: they talked about aspects of the upcoming season, starting a conversation that will hopefully last until Arthur Miller’s “Broken Glass” closes on October 24, and perhaps even longer. Lamos began the proceedings by commenting that the upcoming season “is all about family,” for each of the plays, in one way or another (if one broadens the definition of “family”), is about the conflicts and controversies, joys and sorrows, that vitalize and vitiate family life. However, Lamos’s use of the word extended beyond the plays chosen, for many of the actors and creative team members who will be involved in the upcoming productions have worked at the Playhouse before, and many of the playwrights have previously been featured on this venerable stage.

For Lamos, the concept of “family” extends beyond those involved in the productions to embrace the audience, for it is for the people sitting in the theater that all of this effort will be put forth and from whom the rewards and satisfaction will be garnered. From playwrights to actors to directors to creative team members to audience, it is a community eager (perhaps, at times, given our growing isolation, even desperate) to communicate on a human, visceral level. 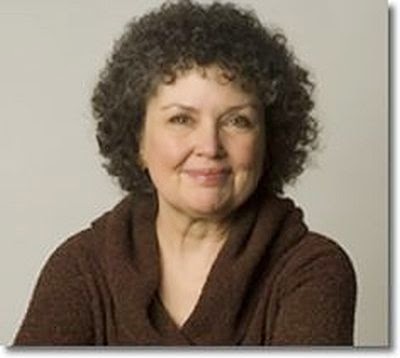 Opening the 2015 season will be David Ives’ “The Liar,” an updated version of Pierre Corneille’s 1644 farce. Directing will be Penny Metropulos, who spoke to the audience via a taped video. The play is about – as might be expected from the title – an inveterate liar, a man named Dorante who not only disdains the truth, he laughs at it. Metropulos described what Ives has called his “tranleftation” of the play as “rich, crazy and wonderful,” adding that in her opinion it is “one of the funniest, brightest of contemporary comedies,” one that Ives has chosen to write, in the spirit of the original, in rhyming verse. Sensing that this detail might be somewhat off-putting, Metropulos added that the verse is “completely accessible.” Apparently, although Dorante is a prevaricator of the first order, his skill is such that, as Metropulos explained, “in the end we are completely mesmerized” by the high-wire act that Dorante engages in. The fun is seeing if this scamp can pull it all off. In the end, however, as Metropulos noted, quoting Ives, the play “seems to be made out of nothing but ends up being about so much.” 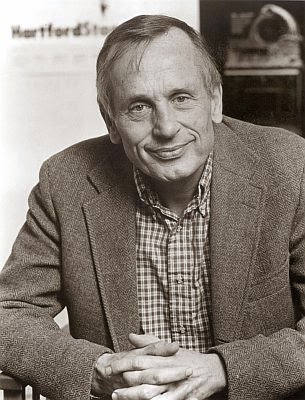 Jumping forward to the Playhouse’s third scheduled production, the world premiere of A. R. Gurney’s “Love and Money,” Lamos introduced the playwright, with whom both Lamos and the Playhouse have a longstanding and warm relationship. Before commenting on his new play, Gurney took a moment to compliment the Playhouse, suggesting that here was an “unusual situation: a town outside of with a theater of this magnitude.” Gurney segued from the compliment to pick up on the theme Lamos had introduced, saying that the “theater was the last artistic place where a community can get together…the last way a community can be created” embracing both the stage and the audience. With that, Gurney ceded the stage to Maureen Anderman, who will star in the Playhouse’s production of Gurney’s play. 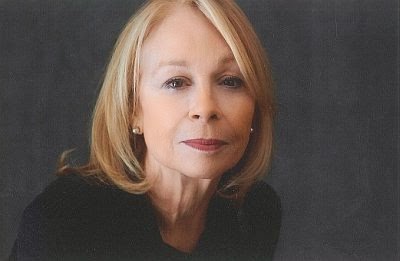 Anderman described the upcoming play as “complex,” a “play about,” well, “love and money.” She will play the role of Cornelia Cunningham, a woman “of indeterminate age,” as the actress described her, who has come to the point in her life when she must decide what she will do with the wealth she has been surrounded by. “She is a woman of many colors,” Anderman said, a “wealthy WASP” who “describes things beautifully and completely.” What she is now facing, the actress added, is “the desire to expiate for the crime of having too much money.”

The play is being produced as a co-production with ’s Signature Theatre, and it was there on the past Monday that the play had a reading, with Anderman playing Cunningham and Gurney in attendance. “I thought it was terrible,” Gurney said, referring not to Anderman’s portrayal but to the play itself. As Gurney explained, it’s one thing to write the words down on a page (or up on a screen) but quite another to hear them spoken, to get the feel of the play as it is brought to life. Though he wasn’t happy with what he had created, he said the disenchantment had motivated him, for he now knew where the laughs and “feelings” were, and where they were not. “I knew I had a hell of a lot to do,” he said, adding, “Plays are not written, they are rewritten,” and that is what he is doing right now. “Love and Money” will run from July 21 through August 8 before going on to the Signature Theatre.

Moving back to the Playhouse’s second scheduled production, C. P. Taylor’s “And a Nightingale Sang,” which will open on June 9 and run through June 27, Lamos introduced David Kennedy, WCP’s associate artistic director, who also spoke to the audience via a taped video. Kennedy, who will direct, described the play, which spans the time frame of World War II, as “warm, funny and poignant.” Set in in northern , it focuses on how a family copes on the home front while the country is at war.

“It’s a series of domestic scenes,” Kennedy said, “showing how the family deals with rationing, air raids – and a burgeoning love affair.” With regard to the love affair, Kennedy said that it is “kind of an ugly duckling story,” for one of the main characters is Helen, the family’s much put upon daughter who, in her early 30s, believes she is plain and unlovable. A soldier on leave suggests otherwise and Helen begins to blossom. As Kennedy commented, this is slice-of-life theater, for it “observes life as it is actually lived,” offering the audience “the full spectrum of the human experience.” 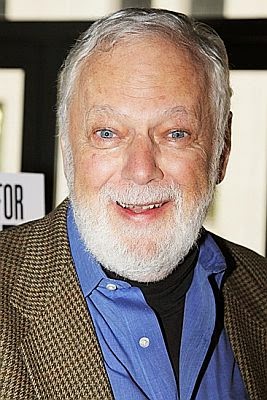 Moving on to the Playhouse’s fourth production, Alan Ayckbourn’s “Bedroom Farce,” which opens August 25, Lamos introduced John Tillinger, who will direct. Lamos asked Tillinger to comment on the play. Tillinger straightened up in his chair and said, “Well, I haven’t read this play,” a feigned insouciance that captured the play’s farcical nature…and Tillinger’s whimsical and witty personality. Admitting that he had, in fact, read the play (adding that he had seen part of a performance but his date for the evening had thrown up during the first act so he had had to leave), Tillinger said that the production’s “operative word is farce,” but added that even though the play is set in three bedrooms, “There’s absolutely no nudity, I’m afraid.”

Chronicling the antics of four couples in three bedrooms over the course of one Saturday, the play is quintessential Ayckbourn, with the pain of human foibles and failures the touch point for much of the humor – with the audience getting to wallow in schadenfreude. “It gets to the truth about how people behave when their backs are to the wall,” Tillinger said.

The evening ended with a discussion of Miller’s “Broken Glass,” one of the playwright’s later plays (1994). Lamos described the play as both “powerful” and “dense,” constructed as a mystery. Set in in the time leading up to World War II, it focuses on Sylvia Gellberg, the wife of, as Lamos described him, a “self-hating Jew.” in the newspapers about the horrors of Kristallnacht (hence the play’s title) in , Sylvia suddenly becomes paralyzed. A doctor is brought in to determine the cause of the paralysis and his investigation opens up dark closets containing “guilt, intolerance and personal tragedy.” 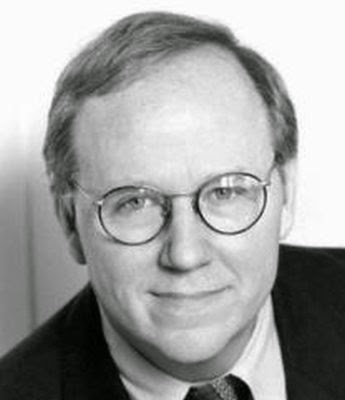 Helping to bring the play to the stage will be Michael Yeargan, a Yale professor and renowned scenic designer who will design the sets for both Miller’s and Gurney’s plays. Lamos, who will direct “Broken Glass,” discussed the nature of the relationship between the director and the set designer with Yeargan, with Lamos suggesting that, in most cases, after the director has read the play his first discussions about its staging will be with the set designer, who obviously brings a visual take on the words in the script, which helps the director in the initial stages of bringing the play to life.

Given that “Broken Glass” won’t be boarded until early fall, Yeargan has not yet come up with any specific designs but, when he is not involved with the previews of “The King and I,” the revival at the Vivian Beaumont Theater starring Kelli O’Hara, he has been thinking about the play.

“It’s the play’s title,” he said, “the broken glass. You can’t get away from that,” suggesting that the set might somehow incorporate that motif in some manner.

Lamos had another take: “Perhaps it should have the look of film noir.”

Broken glass and dark, menacing shadows may not end up as part of the staging of the play, but that is where the scenic designer and director are right now – but it’s early days. All too soon, however, the show will be cast, the sets designed, rehearsals off-site will be over and it will be time for the technical rehearsals, the moment when cast and crew gather onstage to work out the innumerable “bugs” in the production. It’s an arduous task, running at the Playhouse for three days from noon to midnight, but as Lamos explained, “it’s when we find the vision, we find out how the play wants to breathe.”  He paused and then used a different metaphor: “It’s, well, let’s watch ‘baby’ take its first steps.”

Yeargan agreed, but suggested that here at the Playhouse the whole process was less arduous, for coming to work here was like coming home, a place where “you can take your shoes off,” relax and just do your job. His comment elicited nods from Gurney and Tillinger.

Yeargan looked out at the audience, at the theater, and said: “You feel like there are good ghosts here.”

Those ghosts, going all the way back to Dorothy Gish, will certainly be hovering as the Playhouse ventures into its 85th season, a season that appears to offer those who will attend the five productions the opportunity to both laugh and cry and, for a span of two hours, to be part of a community.