Trying to fight your way north on the Merritt or I-95 during rush hour? Bored out of your mind? Road rage rising? I have a palliative. It's the cast recording of Priscilla - Queen of the Desert. 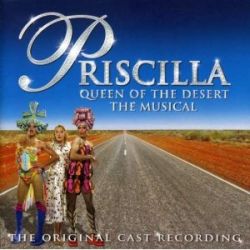 The show recieved mixed reviews when it opened, but it's still running on Broadway. It's based on a 1994 Australian film starring Terence Stamp and deals with three drag queens who decide to set out for the Outback to find a new life. The score is Disco-driven and includes "I Love the Nightlife" and "I Will Survive." Just slip in the DVD, crank down the windows, crank up the volume, smile -- and blow some kisses -- as road warriors look your way. I'm thinking of finding an appropriate headdress to wear as I trek north -- perhaps something inspired by Carmen Miranda.

Downtown Cabaret Theatre is reprising Satisfaction: The Rolling Stones Experience, a musical tribute to The Rolling Stones. Not exactly my cup of tea, but if you can't get any satisfaction, you might want to give it a shot - the venue is cabaret format, whuch means you can bring chicken wings, wine or pizza to enhance your theater experience. For more information, or tickets, call 203-576-1636, or go to http://www.dtcab.com/

Fairfiel University's Regina A. Quick Center for the Arts

Wow -- there's a whole lot going on at the Quick Center in the next three months. Some highlights:

On November 4 and 5, re-live the classic Orson Welles "War of the Worlds" 1938 broadcast, with a Connecticut twist -- want to hear about aliens invading Westport or devouring denizens of Darien? It sounds like a hoot.

There are lectures and young artists on the schedule, as well as the National Acrobats of the People's Republic of China and Met Live in HD productions of Wagner's "Siegfried" (Nov. 13), Philip Glass's "Satyagraha" (Nov. 19), Handel's "Rodelinda," (Dec 9), and the world premiere of "The Enchanted Island" (Jan. 21).

A John Malkovich fan? He's performing in "The Infernal Comedy: Confessions of a Serial Killer" on Nov. 15 (What? You we're expecting him to do Peter Rabbit?)

There's also a lot of music -- The Ahn Trio will be performing on Dec. 4 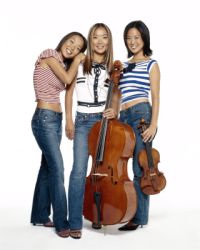 Plus...the Church Basement Ladies are back with "Away in the Basement" (Dec. 16).

For a full listing of all that's going on at the Quick Center, go to http://www.ctcritics.org/  Click on "Theater News" -- Quick Center -- Fall Season.

You'll also find reviews of plays and the latest casting calls at http://www.ctcritics.org/
Posted by Geary Danihy at 6:22 PM