Tribute to John Denver at DCT 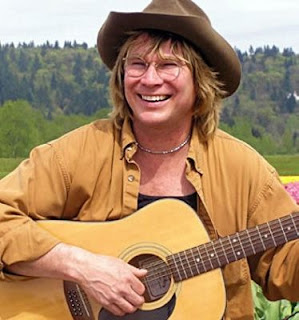 The young queen Marie Antoinette delights and inspires her French subjects with her three-foot tall wigs and extravagant haute couture, but times change and even the most fashionable of queens goes out of style as idle gossip turns insidious and the country revolts.


Hartford Stage invites college students to a night of theater including free pizza, games, prizes and a chance to see the world premiere of "A Gentleman's Guide to Love and Murder" on College Night, Tuesday, Oct. 23.

College Night will take place in the venue's upper lobby and will feature a murder mystery game, a photo booth, a raffle, a Twitter review contest, free pizza and the show, all for $15.


Square One Theatre, Stratford, opens it s 23rd season with "Deadly Murder," by David Foley. It's an intricate thriller that tells the story of Camille Dargus, a beautiful, successful woman with a penchant for young men. She meets a young waiter and takes him home, only to find that there's more to the man than meets the eye and that he seems frighteningly familiar with her past. The play opens Nov 2 and runs through Nov. 16 on weekends.

"Deadly Murder" is followed by "Distracted," a comedy by Lisa Loomer, which looks at a modern family and asks the question: "Are we so tuned into ourselves and our sound-bite world that we've lost touch with what really matters?" The play runs March 1 through March 16.

Square One's final offering is tentatively scheduled to be "4000 Miles," by Amy Herzog, which deals with how two outsiders might find their way in today's world. After a major loss while on a cross-country bike trip, 21-year-old Leo seeks solace from his feisty 91-year-old grandmother. The play will run May 17 - June 1.

Theatre Fairfield Offers "An Enemy of the People" 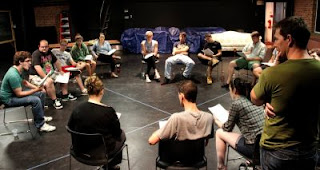 The cast of "Enemy of the People" rehearsing

The play explores what happens when a doctor discovers his town's water supply is polluted, and he believes his findings will turn him into a hero. Instead, local businessmen, politicians and family turn against him in an attempt to silence him.