Bated Breath Presents a Site-Specific Event at the Wadsworth Atheneum 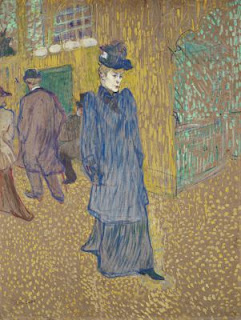 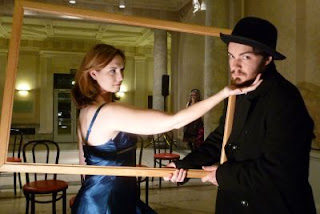 "Timon of Athens" in HD at Quick Center 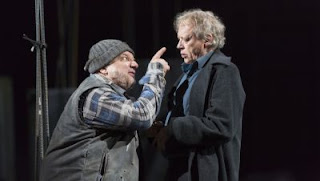 
The National Theatre of London's acclaimed contemporary staging of Shakespeare's "Timon of Athens" will be shown in a National Theatre Live in HD presentation at 3 p.m. (live) and 7 p.m. (encore) on Thursday, Nov. 1, at Fairfield University's Quick Center for the Performing Arts.

The play: Wealthy friend to the rich, powerful patron of the arts and ostentatious host, Timon of Athens (Simon Russell Beale) is surrounded by free-loaders and sycophants. Outspending his resources, Timon calls upon his associates for help only to be rebuffed. After hosting a vengeful banquet, Timon withdraws into his own misanthropic world. 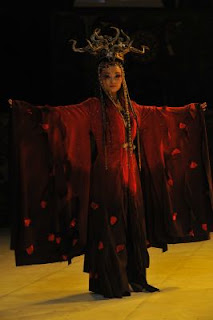 One of the most distinguished circus troupes in China, The National Circus of the People's Republic of China, performs at 8 p.m., Nov. 2, at Fairfield University's Quick Center.

Founded in 1953 and acclaimed throughout the world, the Circus hearkens back to acrobatic, dance and circus acts performed 3,000 years ago, with Circus members joining the troupe at an early age and training for years to hone talents and techniques before they can appear on stage. With such a heritage and intensive training, the performers' execution of many classic acts, which have been incorporated into Cirque de Soliel performances, is precise and exquisite.


"You're a Good Man, Charlie Brown," the Peanuts musical, will run at the Broad Brook Opera House from Nov. 9 to Nov. 25.

The musical follows Charlie through a typical day, with all of its highs and lows, as he interacts with all of the Peanuts characters. "Good grief!" -- could anything be more traumatic -- or delightful?

It's the Musical of Musicals (i.e., The Musical!) -- TheatreWorks New Milford


"Oh what a beautiful rainbow in Fleet Street, on a Sunday in the park with Mame and Evita, and all that jazz."

Opening Dec. 7, and running through Jan. 5 at TheaaterWorks New Milford, "The Musical of Musicals" is a Broadway baby must-see, for it's a hilarious musical tribute to Broadway musical genres -- from Rodgers and Hammerstein to Sondheim, Jerry Herman, Andrew Lloyd Webber and Kander and Ebb, "Musical of Musicals" embraces the quintessential American theatrical genre with humor and respect as June, who can't pay her rent, must face her evil landlord.

Life's ups and downs, highs and lows, are often bittersweet, and when set to music, you get "Bittersuite: Songs of Experience," which opens Nov. 8 at Stamford's Curtain Call.

Created by Stamford residents Elliot Weiss and Mike Champagne, the show explores the trials and tribulations of the aging middle class (if it still exists) as it collectively ponders how it has changed and what it has learned, sometimes with a sigh and sometimes with a laugh.

The Spirit of Broadway in Norwich concludes its15th season with the musical "Wings" with music by Jeffrey Lunden and book and lyrics by Arthur Periman, from the play "Wings" by Arthus Kopit, directed by Brett Bernardini.

The musical focuses on Emily who in her early years was a daredevil aviatrix but now, after a stroke, is fighting the chaos in her mind to reach some state of normalcy. However, the musical is nort a clinical presentation of stroke and its effects but rather the courage and compassion that, gives our lives flight. The show opens Oct. 24 and runs through Nov. 25.

Cindy Williams Stars in "Nunsense Boulevard" at The Palace 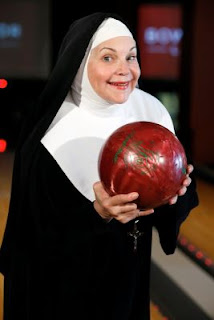 
The Little Sisters of Hoboken have gone Hollywood in the latest installment of the Nunsense franchise: "Nunsense Boulevard:The Nunsense Hollywood Bowl Show," which will have one showing at 7:30 p.m. on Nov.8.

The show stars Cindy Williams (Shirley of "Laverne and Shirley") as Mother Superior, leader of the hapless nuns who travel to Hollywood in the belief that they've been asked to perform at the famed Hollywood Bowl, only to find that they've been booked into a bowling alley. However, the show must go on, along with some side-trips as the good sisters audition for a movie. 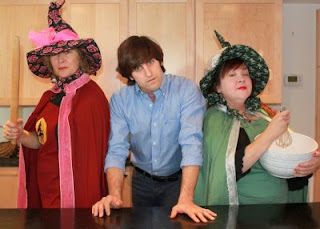 Ivoryton Playhouse hosts a clash of kitchen divas as it presents Caroline Smith's "The Kitchen Witches," which opens Oct. 31 and runs through Nov. 18

Isobel Lomax and Dolly Biddle are two rival cable-access cooking show hostesses who have hated each other for 30 years, ever since Larry Biddle dated one and married the other. When circumstances put them together on a TV show called "The Kitchen Witches," the insults are flung faster than the food. Dolly's long-suffering TV-producer son Stephen tries to keep them apart but to no avail, and as the zingers fly the ratings soar.

For tickets or more information call 860-767-7318 or go to www.ivorytonplayhouse.org. 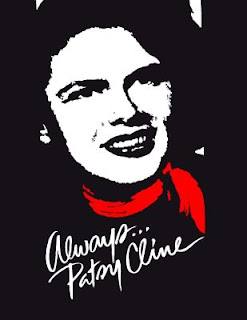 The Windham Theatre Guild a country musical, "Always, Patsy Cline," at the Burton Leavitt Theatre opening Nov. 2. The show stars Laura LaCour and is based on the true story of Cline's friendship with Houston housewife Louise Seger, played by Robin Rice. Seger befriended the singer in a honky-tonk in 1961 and continued a correspondence with her for the rest of Cline's life. The show includes some of Cline's greatest hits: "I Fall to Pieces," "Sweet Dreams" and "Walkin' After Midnight.